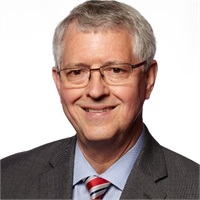 David S. Long is President of Personal Tax Systems, Inc. and founder of Financial Planning Associates located in Brookfield, Connecticut.  He has recently joined ProEast Asset Management as an affiliate to share and expand the services and benefits both firms have to offer.

With a life-long interest in aviation, Mr. Long joined Pan American World Airways in 1966. He attended flight training school in 1967 where he obtained his commercial pilot’s license, and would go on to work as an international ticketing and tariffs agent, an airport load controller, and various other positions and responsibilities. During that time, he also obtained certifications as airport load master and flight engineer for various Boeing aircraft.

From 1975 to 1977 he was stationed in London. During that assignment, David was asked by Pan Am and local staff to help address an ongoing issue regarding the taxation of U.S. citizens and resident aliens living abroad.  In 1977 he returned stateside and formed Personal Tax Systems, Inc. to represent over 500 expatriate clients and aviation personnel with their complex tax issues.

Realizing that tax preparation was only recording history, he expanded his services to address a myriad of other financial issues.  To that end, he became a licensed Insurance Broker in 1981 and a Certified Financial Planner in 1987.  In 1989 the IRS granted him the designation of Enrolled Agent, authorizing him to represent clients at all levels of tax proceedings.

Mr. Long founded Financial Planning Associates to provide boutique investment management and financial planning in conjunction with tax advisory services.  A seasoned professional in both industries, he takes an analytical approach to addressing his clients’ needs for asset allocation, investment management guidance, tax advisory, trust and estate planning, and estate settlement.  David holds the Series 6, 7, 24, 63, and 65 Registrations; he is a Registered Principal and an Investment Advisor Representative of Securities America.

David currently lives in Brookfield, CT, with his wife Lena and their two dogs, Cooper and Molly. He enjoys spending his time with family and friends, playing golf, and traveling.